After a post-doc in probability theory in Germany, he joined the European Commission in 1991. Working first at the European Chemicals Bureau at the JRC in Italy and then from 2003 in the Chemicals Unit of DG Environment in Belgium. There Bjorn became Head of Unit in 2012. He already spent 1 year in ECHA in 2007-2008 as Director of Operations.

Bjorn was involved in the development of REACH and CLP from their very early days. He has been involved in international chemicals work since 1991, highlights being elected chair of the OECD Working Party on Manufactured Nanomaterials and having chaired several contact groups at three consecutive UN triple COPs.

*Person designated by ECHA according to Regulation (EC) No 1367/2006 of the European Parliament and of the Council for requests for internal review of an administrative act or relating to an administrative omission. 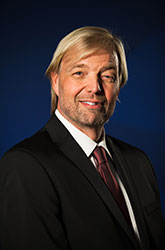